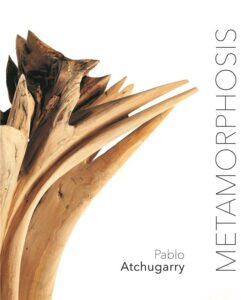 Sergio Fermariello, one of the leaders of contemporary Italian artists, offers us his vision of the world through his three-dimensional sculpture-paintings and original installations [H]EAR…

Pablo Atchugarry, International major sculptor, presents his new works in marble on the occasion of the first stage of the Centenary of the Gallery Ribolzi 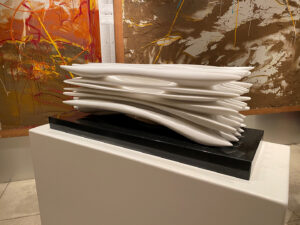 When four Italian artists of such remarkable aesthetic power come together, we witness a unique and daring artistic confrontation. From Mario Schifano, considered one of the most eminent artists of Italian postmodernism, you will discover in particular 4 monumental, masterful pieces from the series of paintings produced in Libya; passing by Pablo Atchugarry major contemporary sculptor, new pieces of marble or bronze all in poetry; you will be amazed by the phenomenon Fabio Viale, an atypical sculptor who breaks the codes with his ultra-realistic marble sculptures; and Sergio Fermariello and his iconic warrior on horseback …

Landscapes of the mind

We often think of Art as beauty but when it transcends it, it reaches a whole new level of emotion.

Creation is a laboratory at the same time aesthetic and intellectual that filters all the influences of its time where each artist expresses with his work and according to his sensitivity the human and social evolution, the religion, the philosophy, the science and the technology by the means that belong to him.

The Adriano Ribolzi Gallery is presenting, in its two spaces at number 3 and number 7 of the Avenue de l’Hermitage, an international-level exhibition dedicated to some of the most famous masters of the post-war period …

“The American Dream is the idea that anyone can achieve success with their own abilities and have a happy life; the new continent thus manifested itself in the eyes of Europeans as the ideal of great collective hopes and personal aspirations…”

The Adriano Ribolzi Gallery is pleased to invite the National Gallery Firenze to exhibit, for the first time in a private gallery, a selection of artists from different African countries, thus contributing to the knowledge of this art.

This major exhibition presented in the Principality of Monaco, bathed by the Mediterranean, a real “bridge” between the two cultures, is divided into three sections …

“How many reasons for this new exhibition! … First of all, do not stop, the uninterrupted intellectual curiosity, the quality is more important than the time, the success of the first exhibition of Tobia Ravà, the want to do another almost two years later but… not the same (too easy). What interest can we add to it? “Give me views of Venice, I’ll add a panorama of different masters from the ‘greats’ of ‘Settecento’ to you”.There you go, Canaletto, Francesco Guardi, The Master of Langmatt, Francesco Tironi, Giacomo Guardi, Giorgio de Chirico, Filippo de Pisis, Henri-Edmond Cross, Zoran Music and Tobia Ravà.” A. Ribolzi

Between sociology and anthropology, the art of George.K operates a sort of classification of the different layers of Indian society, often focusing on disadvantaged groups and popular castes such as women and their precarious living conditions, and on persecuted people such as transsexuals (hijras).

At the base of everything is ghematry, the study of the correspondences between the letters of the Hebrew alphabet and the numbers, which the author constantly feeds on. In particular, thanks to the equivalence between speech and number, ghematry triggers an interpretive mechanism whose concepts can find numerical form and, at the same time, a series of numbers can be the expression of several words…based on the catalogue « Algoritmi e ghematriot»

Following the success achieved in 2010 by the exhibition of the great Indian Masters S.H. Raza, M.F. Husain and F.N. Souza and their followers, the Adriano Ribolzi Gallery presents today a retrospective of the best years of Sayed Haider Raza produced with the help of the expert in his work and his friend, Mr. Michel Imbert, Art Historian.

A catalog was published on this occasion.