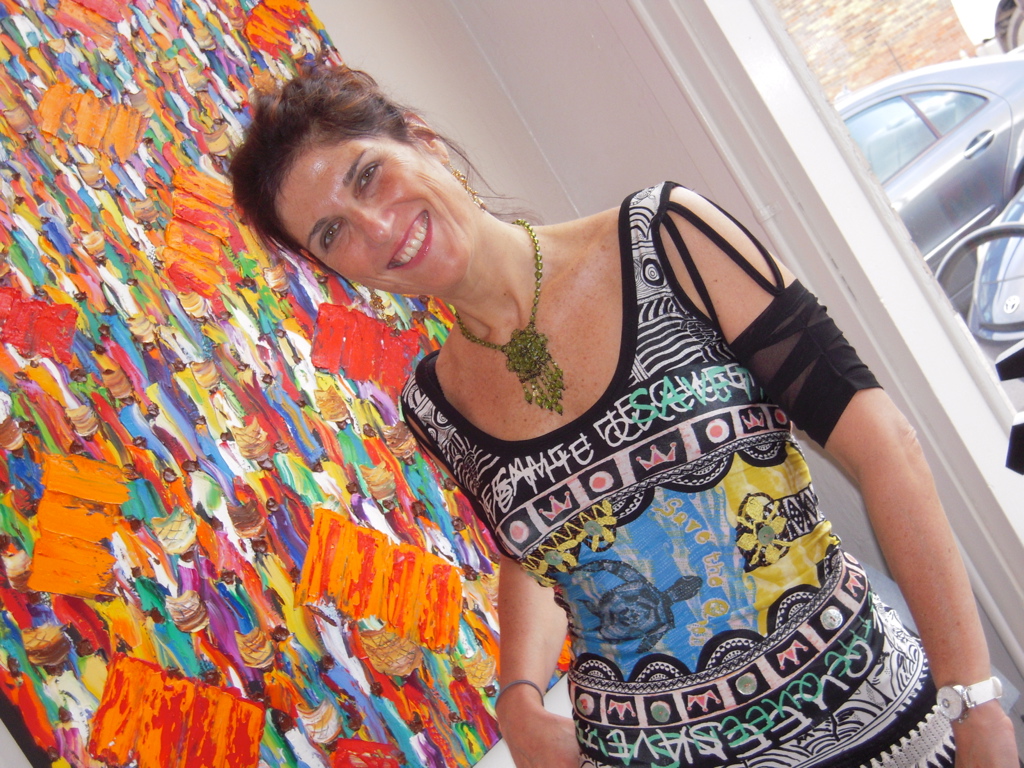 Christine Drummond was born and raised in Brazil .

She received her formative education at the French Lycee in Rio and sees herself a real “carioca”, which means a person born and raised in Rio de Janeiro…

Real “carioca” enjoy life, have faith in their future and are true optimists. These are some of the feelings Christine wishes to bring to people through her paintings.

It’s now been 12 years since she has moved to the US. She started painting in 2000, at first, using brushes, no texture but very colorful artworks, always depicting her native country.

In 2004 she saw a display of Professor Ablade Glover’s work at Chicago O’ Hare International Airport. Seeing this painting helped her to define her instrument of creation…She put down the brushes and started working exclusively with a palette knife. Using it, made her find a sense of freedom: she loves how, with the bold strokes of her palette knife, she creates texture that make shapes and colors become alive on her canvas.

Today, Christine Drummond’s artwork is shown all over the world in places such as London, Paris, Monte Carlo, Sao Paulo and New York.